A Conversation with President of ADVISA, Heather Haas

At MHS, we take pride in the progress we have made in providing equitable opportunities and gender diversity amongst leadership ranks. In 2020, we are proud to say females comprise of 48% of our leadership team, 60% of our executive team, and we are led by an incredible female CEO, Hazel Wheldon.

We connected with Hazel and our Chief Product Officer (CPO) Jenni Pitkanen, as well as several other inspiring women across various industries who have made the climb up the corporate ladder. Each of these women has taken risks in environments that didn’t always feel safe to do so. They looked at barriers as new challenges to overcome while building their resilience and gumption along the way. They shared their stories, their advice, and took this chance to empower each reader – no matter their age, gender, or career path – to take the risk, harness their internal power, and aim for the top.

The following is a snippet of the “Women of LeadHERship” interview, featuring the responses of Heather Haas, President of ADVISA.

IS THERE STILL A GLASS CEILING?

WHAT WAS YOUR “GLASS CEILING MOMENT”?

HAVE YOU ENCOUNTERED A BARRIER AS A RESULT OF STEREOTYPES OR LINGERING STIGMAS, MAKING YOU WORK HARDER OR DIFFERENTLY THAN A MAN WOULD FOR THOSE POSITIONS?

The glass ceiling still exists. The data tells that story. Even though women make up most of the workforce in most countries, women are still under-represented in leadership ranks and earn less on average than their male counterparts. That’s not my opinion. Those are the facts.

I think there is also an “asbestos ceiling.” Some women look up and do not like what they see as they contemplate advancing into a leadership role. When they weigh their values and broader life goals against the long hours and travel, toxic work cultures, power dynamics and politics, lack of flexibility, the need to adopt stereotypically male behaviors and to abandon their empathy and compassion, they elect not to go for it.

I have been fortunate in my journey to have had leaders above me and alongside me who have opened doors and invited me in. I hope to do the same for other women who aspire to advance in leadership. And, it’s not just because gender parity is the right thing to do. It is because what organizations need most to attract and retain the brightest next-generation talent is empathetic, collaborative and vulnerable leadership. Women naturally bring these strengths in spades. Just look at what the countries of Germany, Taiwan, New Zealand, Iceland, Finland, Norway and Denmark have in common regarding their life-saving responses to Coronavirus: female leaders. Removing barriers and making it easier for more women to advance into leadership roles is about results. The world, the economy and humanity are longing for more inclusive, caring and collaborative leadership to improve our collective wellbeing.

THERE IS A LOT OF WORK BEING DONE TO ENCOURAGE AND HELP WOMEN SUPPORT ONE ANOTHER. HAVE YOU BEEN MENTORED BY A FELLOW FEMALE IN YOUR PERSONAL OR PROFESSIONAL DEVELOPMENT?

HOW WERE THESE MENTORSHIPS ESTABLISHED AND FOSTERED?

WHAT ARE THE 3 MOST INSPIRING QUALITIES OR COMPETENCIES YOU SEE IN OTHER FEMALE LEADERS?

I spent my early career as a teacher and principal in public education. In the school system where I worked, there were several effective female leaders that I admired. They each have a sense of purpose and individual style, and they made decisions based on what was best for kids. They were not “leading like men” or “leading like women” – they were just leading. The two qualities I most admired in them were authenticity and vulnerability.

Authenticity is so powerful. It is to know yourself and be yourself. Authentic leaders appreciate their gifts and acknowledge their shortcomings. This self-awareness and self-acceptance translate into bringing more of who they are to what they do. It creates space for other people to be themselves too.

Vulnerability is transformative. Vulnerable leaders are not afraid to share their feelings, admit mistakes and ask for help. When leaders appropriately display vulnerability, they create psychological safety for others. They create space for other people to be imperfect and empathetic. Counterintuitively, vulnerability does not convey weakness; it fosters increased approachability and increased cooperation and commitment from other people. It also frees up energy that would have been spent keeping one’s true emotions under wraps. Leaders who consistently waste energy pretending to have it all figured out are far less effective than leaders who acknowledge they need input and support to solve tough problems.

HOW CAN WOMEN LEVERAGE ASSERTIVENESS WHEN BATTLING CLICHÉS AROUND BEING BOSSY?

HAVE YOU EVER HAD TO JUSTIFY YOUR DIRECTNESS?

DO PEOPLE ASSUME YOU WILL BE MORE LENIENT, KIND, AND PASSIVE RATHER THAN A FIERCE, ASSERTIVE LEADER? DO YOU BELIEVE WE HAVE OVERCOME THIS STEREOTYPE ALREADY?

I have had experiences where my passion and conviction were met with dismissive, patronizing comments from men like “Don’t get so upset,” or “You seem stressed out.” In each case, my assertiveness about my beliefs was warranted and appropriate. Their comments were out of line, revealing insecurity.

The key, when faced with those kinds of situations, is to learn from them and leverage those learnings to grow stronger. I learned that emotional intelligence, asking questions and leveraging data are the keys to engaging others effectively and expanding my influence.

1) Emotional intelligence. The reality is that smarts and hard work are merely table stakes for effective leadership. Emotional intelligence skills like empathy, interpersonal relationships, assertiveness, emotional expression, and stress tolerance (just to name a few) are absolute game-changers for building trust and shared purpose with others and neutralizing stereotypes.

2) Questions. Curiosity about how things work and what makes others tick differentiate the most effective leaders from the rest. Questions asked with a genuine intent to understand others’ needs, goals, hopes and fears unlock common ground and expand capacity for influence.

3) Data. Accurate facts and figures lay the groundwork for creative problems solving and collaboration. Leaders do not need to “boss people around” when they can, instead, challenge people’s thinking with relevant data and invite people to the table to overcome shared obstacles.

WHAT WOULD THE TITLE OF YOUR PROFESSIONAL AUTOBIOGRAPHY BE?

My life has been an infinite loop of grace received and grace given. Grace is restorative and transformative. It is the salve that heals our hearts and fuels our resolve and optimism for the future.

IF YOU COULD GO BACK TO THE BEGINNING OF YOUR CAREER, OR EVEN JUST 5 YEARS AGO, WHAT CAREER OR EVEN PERSONAL ADVICE WOULD YOU GIVE YOURSELF?

Focus more on who you want to BE and less on what you want to DO or accomplish. One’s values are everything. They are the source of conviction and clarity in action and experiencing peace in life.

WHAT’S ONE WORD TO DESCRIBE YOUR LEADERSHIP STYLE?

Caring. I truly care about helping others reach their potential.

Each of the women we interviewed has been supported by colleagues, friends, and family, but most importantly, they have supported themselves. It is vital that we celebrate the triumphs of female leaders but also to work towards a future where:

Read the full report on The State of Women in Leadership 2020 here. Help prioritize the development of women leaders and shatter the glass ceiling once and for all.

With the recent but quick changeover to remote working for people all over the world, it may take some... read more 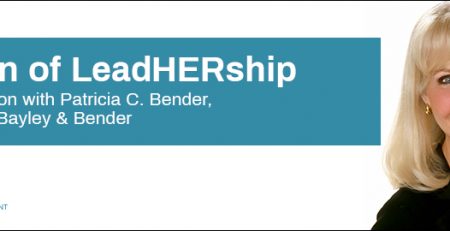 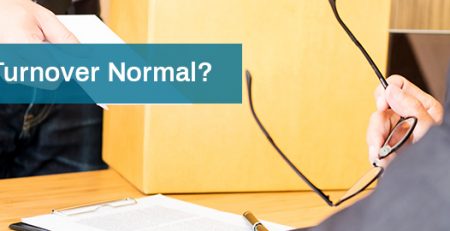 32% of workers plan to change jobs within the next two years. 1 Employee turnover costs US companies $160 billion a... read more