When you think of an entrepreneur, the kind of person that has started and grown numerous companies, what words come to mind describing them? Some that I think of include bold, creative, hustler…

In my work, I’ve been fortunate to work closely with several serial entrepreneurs. These intrepid business people have started and operated as many as four companies at a time and have all found success to varying degrees. I’ve gotten to see the highs and lows of the entrepreneurial experience from this perspective and learned some great lessons along the way.

I’d like to share some of what I’ve learned in my experience as they relate to the competencies listed above, which I’ve come to call the “Entrepreneurial Building Blocks”.

1. Innovation
Innovation can be thought to include two components: the creativity to think of novel, useful ideas and the execution to move on them and make them a reality. Most entrepreneurs, and certainly the ones I’ve worked with, have had both in spades. But beyond just being the drivers of innovation themselves, they were able to delegate and support the innovative process in their companies, which helped them adapt and grow.

2. Risk-Tolerance
Being an entrepreneur comes with some inherent risks, but it’s clear to me that having a high level of risk tolerance is different than having an appetite for risk. Successful entrepreneurs aren’t driven to take big risks by overconfidence or wild speculation but are typically very shrewd and disciplined with their resources. What differentiates them from non-entrepreneurs is their confidence in their decision-making. When they see an opportunity and decide on a course of action, they don’t hesitate to move on it. They gather as much information as they feel is needed (not more) and, with a reasonable understanding of the risks and knowing that there are still many unknowns, they act. In this way, the ability to tolerate risk and take advantage of opportunities is a defining quality in an entrepreneur.

3. Visionary
The ability to formulate and articulate a vision in terms that are clear and actionable can make all the difference in the success of an entrepreneur. While working with the CEO of a small technology company, he told me of a series of different plans for the company should different outcomes occur. He had plans for success, plans for status quo, plans for decline and more. Having these plans ready allowed him to take steps well in advance and be prepared for any outcome, and his preparedness served to create confidence in others and served as the foundation for a stable, sustainable business. It helped him get funding, recruit talented people and retain them even through hard times.

Being an entrepreneur isn’t easy, and it’s not necessarily for everyone. But if you have the building blocks, you likely have the foundations of an entrepreneurial skill set that will help you find success starting a business of your own.

If you’re interested in learning more about the core competencies that lend to the success of an entrepreneur or intrapreneur, check out the Entrepreneurial Edge.

A Conversation with Owner of Nautilus Leadership Development, LLC., Michele Olive How many of your organization’s leaders are women? Have... read more 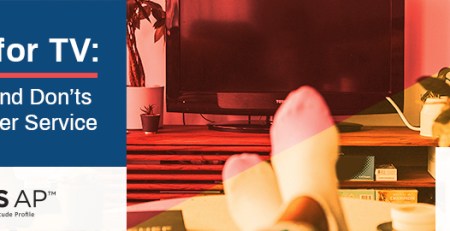 Professionals in customer service roles are often seen as the face of an organization and their performance can directly... read more

With the recent but quick changeover to remote working for people all over the world, it may take some... read more

ADHD at work: Harnessing the power of neurodiversity to build stronger teams

Courtney is the Digital Marketing Manager here at MHS and has been with the company since 2018. She’s creative,... read more