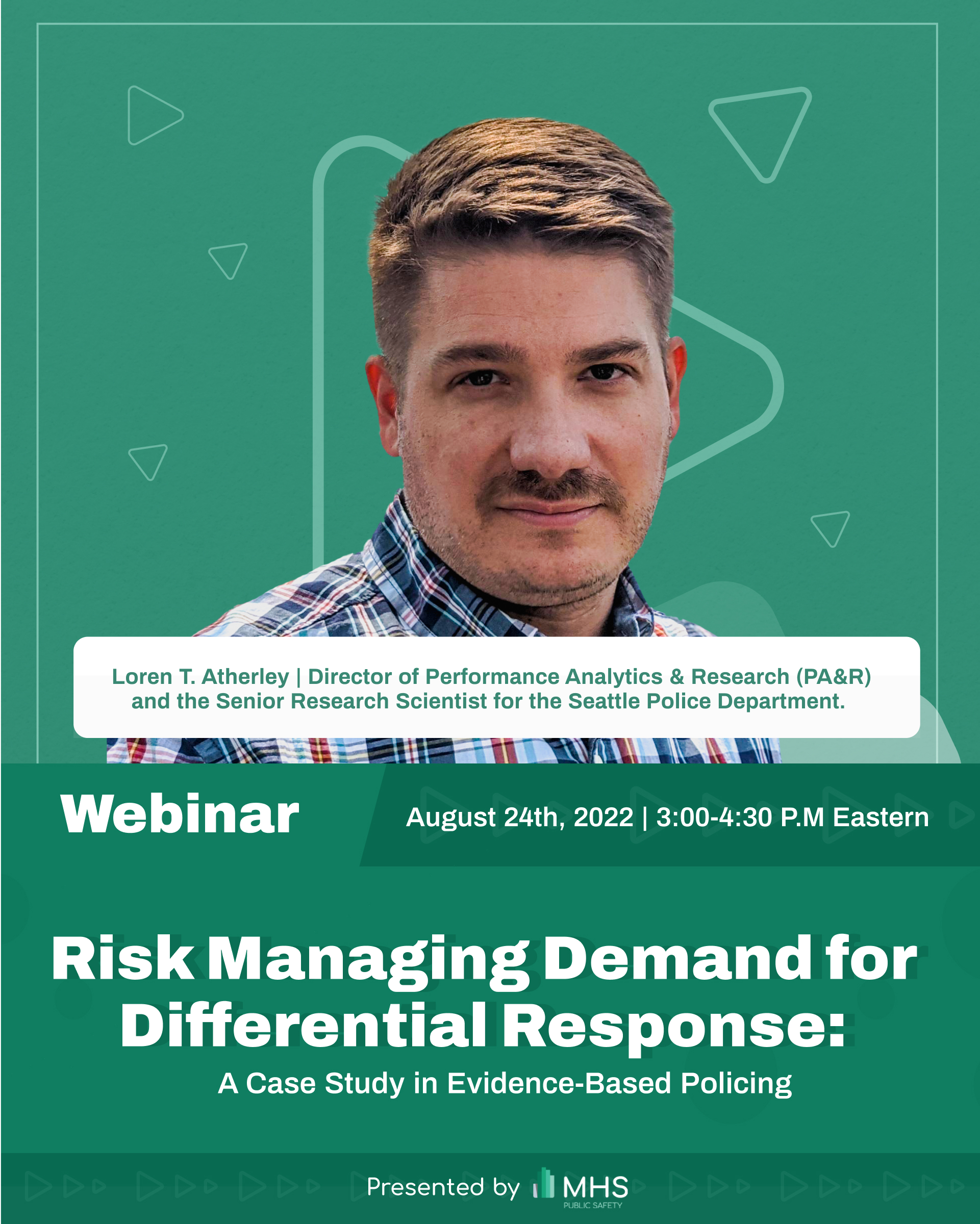 Not able to attend this free webinar? All registrants will receive a free recording of the webinar if the registration form is submitted.

Central to the discussion of police in a post-George Floyd era is how better to handle the demand for order in a civil society. The local government commonly utilizes police as an all-hazards responder to investigate, and further triage calls for service. As American society has become increasingly intolerant of the collateral harms resulting from this response model, a renewed focus on a differential police response, co-response, and response alternatives have emerged.

During this MHS Public Safety Webinar, Loren T. Atherley, Director of Performance Analytics & Research and the Senior Research Scientist for the Seattle Police Department, examines a project focused on identifying which calls for service might be handled by other than all-hazards responders—safely—in the city of Seattle. The Seattle Police Department is constructing a framework grounded in risk management to triage and “right-size” the response to approximately 400k calls for service received annually. Established and tested in commercial aviation, firefighting, heavy manufacturing, volatile chemical production, mining, and other high-risk endeavors, this approach plots more than fourteen years of police response activity on a 5×5 risk matrix representing the likelihood of a severe outcome (death, injury, and harm) may occur.

Our presenter will also share analysis used for planning and capacity building of alternative and co-response under a four-tier response triage model. Efforts are underway to operationalize this risk management model utilizing Natural Language Processing (NLP).

At the end of this webinar, you will be able to…

Presenter Bio:
Loren T. Atherley serves as Director of Performance Analytics & Research (PA&R) and the Senior Research Scientist for the Seattle Police Department. The PA&R Section is a continuation of the department’s internal performance, evaluation, and advanced research methods capabilities developed to demonstrate compliance with a federal Consent Decree. Loren leads a regional research consortium, a national data working group on Analytics and Evidence-Based Policing, and an international research network. In addition, Loren consults across the criminal justice and data sciences, including statistics and research methods, threat assessment/threat management, and violent/aggressive/psychopathic behavior, providing strategic advice to the Chief of Police and the City of Seattle, as well as other local, state, and federal agencies.

Register for the Event