Students of historically marginalized groups are often underrepresented in gifted programs relative to white students, but the reasons for this underrepresentation are poorly understood.

Black and Hispanic students, English Language Learners (ELL), and students from low socioeconomic groups have been, and remain, considerably underrepresented in gifted programs. These findings are widespread, as evident from an in-depth state by state analysis of the identification of Black, Hispanic, and American Indian or Alaska Native students for gifted services. The 2018-2019 State of the States in Gifted Education (NAGC, 2020) obtained data from 23 states and found that Black and Hispanic students encompassed less than 10% of the total gifted population in 17 states and American Indian or Alaska Native students encompassed less than 1% in 19 states. The same report also concluded that ELL students encompassed 2% or less of the gifted population in 12 states (NAGC, 2020). Studies also show that Black, Hispanic, and Native Hawaiian/Pacific Islander students have equal access to schools which identify gifted and talented students, yet they remain underrepresented (Gentry et al., 2019). Also, the 2014-2015 State of the States in Gifted Education report indicated rates of gifted identification for low SES students to be as low as 1% in some states, even though low-income families make up 51% of the student population.

Underrepresentation in gifted programs is an ongoing and multi-faceted issue.

Achieving equitable representation of students from diverse cultural, racial, ethnic, linguistic, or socioeconomic backgrounds, or from those who have had limited or different educational experiences, in gifted programming is an ongoing multidimensional issue.

The disproportionalities in gifted enrollment rates are thought to be related to identification methods that fail to identify diverse populations (Brulles, et al., 2022; List & Dykeman, 2019,). Many attribute the problem to measures that focus on exhibited talent rather than high ability. Common identification methods across the nation often include intelligence test scores with a set cut-off to be identified as gifted.
The verbal and quantitative content on the most widely used intelligence tests have been criticized for posing an obstacle for underrepresented groups who may not have had the opportunity to acquire the knowledge required to answer the questions included in these tests and therefore they fail to earn high enough scores to be accepted into gifted programs (Hodges et al., 2018).

How can we close the gap?

While we have some clues as to why this problem persists, increasing equity in Gifted Education Programs and Services is a challenge.

Educators must consider several key factors when developing practices that align with equitable gifted identification and critical decisions must be made at every step of the identification process.

For instance, selecting multiple measures, determining who is selected for testing, and deciding how to compare the students’ data to a reference sample are all key decisions that must be made. Another step towards equitable assessment is to ensure that all students have equal opportunity to perform because some tests that demand knowledge and language present considerable problems for those who have had limited educational opportunity, especially those from diverse populations. Educational professionals who are responsible for identifying gifted students need to select and apply tests carefully to ensure that diverse populations who have been traditionally underrepresented have an equal opportunity to participate. Additionally, universal testing is often applied to provide all students an opportunity to perform. Lastly, the use of national versus local norms may greatly impact identification results. Some researchers suggest that national norms are appropriate when the demographic composition of the school building or district resembles the U.S. population. However, others suggest that in contexts where the school building or district’s population is economically, linguistically, ethnically, and/or racially diverse, and differs markedly from the national population, local norms are useful for comparing a student’s score to a sample of students that more precisely reflect the characteristics of the community (Peters, et al., 2019).

In the recently released Naglieri General Ability Tests, two distinct approaches were taken to create a more equitable approach to gifted testing. Specifically, the tests remove cultural influences and allows students to solve problems regardless of the language they speak. The tests were also specifically designed to measure how a student thinks (i.e., general ability) with minimum influence of acquired knowledge. All the test questions require a student to recognize the relationships among pictures, shapes or numbers to arrive at the correct answer. All three of these tests reflect how well a student can solve the test questions with minimal requirement of knowledge.

In a research paper currently under review, “Achieving Equity: Race, Ethnic, Gender, and Parental Education Level Differences on Verbal, Nonverbal, and Quantitative Naglieri General Ability Tests,” by Selvamenan, Paolozza, Solomon, Naglieri, and Schmidt (2020), it has been reported that when students took this test, there was little to no differences in scores across race, ethnicity, gender, and parental education on the Verbal (N = 2,482), Nonverbal (N = 3,488) and Quantitative (N = 2,440) tests for public and private school students in K-12. The results support the assumption that the confounding impact of language and knowledge, particularly in the directions, test content, and response format, can be minimized to achieve an equitable way of assessing diverse populations of students for gifted education programs.

More work must be done to make gifted testing equitable for all students. Still, with the promising work being undertaken by program administrators, educators, school districts, scholars, and researchers, equity within gifted and talented programs is within our grasp. 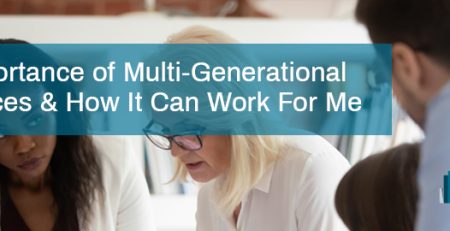 Good talent will prove ageless and age-inclusive companies stand to benefit from tapping into the multi-generational workforce now and... read more 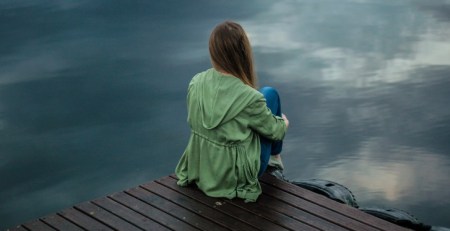 Youth with ADHD are at a greater risk of self-harm (Simioni et al., 2017). These behaviors include non-suicidal self-injury... read more