It’s no secret that high-performing sales professionals have the unique power to positively impact the top-line growth of your business. On the contrary, hiring the wrong candidate for a sales position can be detrimental to revenue generation and customer satisfaction.

Pop culture often depicts salespeople in aggressive or goofy stereotypes. These parodies of sales professionals are entertaining, nonetheless, and can even be inspiring and educational for sales audiences. Using the frameworks from MHS’s newly revised Sales Aptitude Profile™ (Sales AP™), we analyzed the dos and don’ts of closing a sale. Let’s see how your favorite characters measure up to the eight-core competencies of a successful salesperson.

A high-performing salesperson possesses an inner drive to apply the effort needed to attain strategic goals.

Just look at Russell from Disney Pixar’s 2009 film “UP”. An extremely motivated and goal-oriented Wilderness Explorer, Russell is working towards receiving his “Assisting the Elderly Badge”. The badge is the only obstacle standing between achieving his goal of becoming a Senior Wilderness Explorer. Russell is highly ambitious and, with his good work ethic, proactively looks for different solutions for his client. If at first you don’t succeed, don’t take no for an answer!

Would you follow through with a purchase if the salesperson sounded unsure, apathetic, or dispassionate? Of course not. Assertive salespeople are open, direct. and express passion when discussing a product or service. If a salesperson doesn’t believe in what they are selling, why should you?

Take it from one of the most influential sales films: “The Wolf of Wall Street”. Jordan Belfort, the Wolf himself, demonstrates the impact of confidence in a sales transaction. Leveraging his extroverted personality and fervent energy, Jordan influenced the reluctant customer into ignoring their concerns about the penny stock and successfully closed the sale. His passion had the whole office convinced to invest! Why? Because the Wolf was assertive.

Sales quotas are one thing, but the internal drive to “win” or “beat” others is a natural human instinct. In sales, this means surpassing personal standards of performance to out-sell the competition. Competitive sales professionals look at their peers and their past performance to evaluate and assess their progress.

Look at Chris Gardner from Will Smith’s “The Pursuit of Happyness” film. Chris is a struggling single father who makes his living off cold-calling commissions. Chris competes with his colleagues for sales, but he is also faced with additional obstacles due to his personal commitments. To combat these barriers, Chris sacrifices washroom breaks and forgoes physically hanging up the phone to save time throughout the day. Every minute counts when it comes to achieving his sales objectives as he actively looks for ways to improve his performance.

Staying calm in stressful interactions is a key skill all sales professionals need for success. Dealing with highly opinionated customers on a day-to-day basis can be frustrating, but a composed salesperson can remain level-headed in the face of adversity.

Paul Vitti, an ex-convict who has re-entered society as a car salesman in Robert De Niro’s film “Analyze That”, demonstrates what not to do in a difficult sales interaction. Paul responds to the client’s negative feedback with vulgarity and aggression. Unable to regulate his emotional response, Paul’s lack of composure resulted in losing the sale and the customer’s loyalty to the dealership.

A successful salesperson effortlessly develops interpersonal relationships with their clients. Communication, engagement and building trust are key competencies of a sociable sales professional.

Customers look for salespeople who are easy to talk to and pleasant to deal with. Dwight, from NBC’s hit show “The Office”, is not one of those salespeople. Michael, the General Manager, describes Dwight’s sales approach as “aggressive, hostile, and difficult” and has Dwight practice his people skills and sociability in a role-playing scenario with Jim. As office foes, Jim naturally makes the exercise extremely difficult for Dwight to demonstrate congeniality and ultimately fails at Michael’s tasks. Don’t be a salesperson like Dwight, but, also, don’t be a customer like Jim.

The ability to positively influence others into changing their thoughts, beliefs or behaviors towards a purchase decision is a vital competency of high-performing sales talent.

You would be surprised how many valuable sales lessons are revealed in the cat-and-mouse, hedge-fund billionaire vs. U.S. attorney storyline of the hit show “Billions”. Bobby “Axe” Axelrod, the hedge-fund mastermind, exposes the secrets to his success and the power of persuasion in any business deal. How does Axe influence his way into closing deals? Easy – don’t let the customer know that “no” is an option:

“It’s like when salespeople are cold-calling; they try to get the customer to say “yes”. The way I see it is…never give them a reason to say “no” – because if you take “no” out of the vocabulary, “yes” is the only word left!”

A confident salesperson believes in their abilities and judgments. They are aware of their strengths and cognizant of their weaknesses when making decisions independently in challenging situations, rarely hesitating before acting.

So, what does this mean in sales? Closing the sale. Don Draper, a New York adman and sales guru in the 60’s themed show “Mad Men”, who leverages his self-confidence charisma to convince a room full of clients that his ad proposal is ground-breaking. When he saw the customers’ doubt in their strategy, Don did not hesitate to change their closing technique. Using a passion-charged pitch, Don reinforces his business acumen as an advertising expert while telling a powerful story to demonstrate the product’s emotional utility over its functional efficacy.

Being assertive and confident about your product or service is key in closing a sale but understanding different sales techniques and being knowledgeable about their respective industry are stronger predictors of success than personality-based predictors.

Let’s look at Del Griffith from the classic film “Planes, Trains and Automobiles”. A quick-talking salesman, Del artfully sells his product by describing its unique (and fictitious) value. Although Del quite frankly has no idea what he is talking about, he makes the customer believe he is an expert on the product. While this is not the strategy we recommend adopting, we encourage you to be honest about your product- or service-related knowledge and leverage the information to accurately size up sales situations, classify prospects, and select appropriate sales strategies for their clients.

Hiring high-performing sales talent is no easy feat but hiring the wrong candidate can be worse. Build your best sales team today! 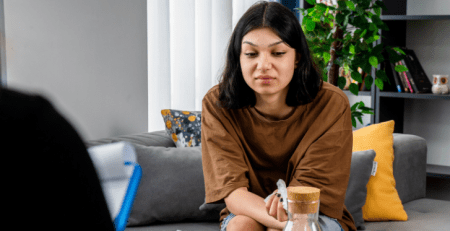 Individuals with Attention-Deficit/Hyperactivity Disorder (ADHD) may deal with symptoms such as inattention, disorganization, hyperactivity (often seen as restlessness in... read more 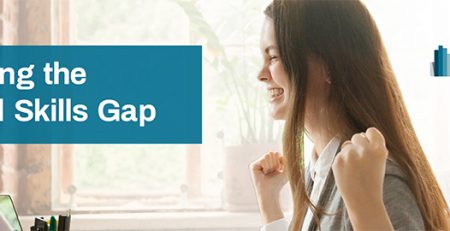 COVID-19 has accelerated the speed and scale of digital transformations in the workplace. Beyond technology, teams are relearning how... read more 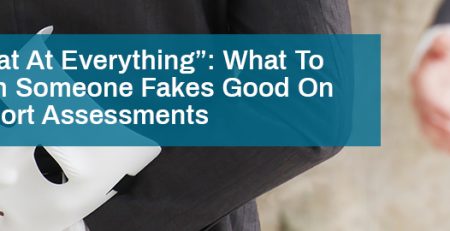 “I’m Great At Everything”: What To Do When Someone Fakes Good On Self-Report Assessments

Imagine you’re hiring for a senior sales position and as part of your hiring process, you have candidates take... read more

In the context of giftedness assessment, tests are often the gatekeepers to opportunity. Historically, nonverbal tests were a student’s... read more