Changes in development milestones for children: What you need to know

Changes in development milestones for children: What you need to know

Parents and professionals alike pay close attention to a child’s progress towards key developmental milestones. While the rate that a child speaks, walks, learns, and plays will certainly vary for each individual, tracking milestones is an important way to monitor potential concerns and ensure early identification of missed milestones or obstacles to guide effective treatment.

Recently, the American Centers for Disease Control and Prevention (CDC) created the Learn the Signs. Act Early. program, with support and guidance from the American Academy of Pediatrics (AAP). This program revised 15-year-old development surveillance checklists and released updated checklists, along with other resources, in February 2022 (Zubler et al., 2022).

This distinction has real-world implications. Imagine 100 children of the same age. For the milestone “walking,” experts recommended that this behavior could be expected to be achieved at 12 months of age, since 50 out of 100 kids typically walk at that age. However, that also leaves 50 other children who will be marked as outside of the average range. Splitting the group (walking vs. not-yet-walking) in half doesn’t quite capture what’s typical for most kids of that age; it only captures SOME, but it also leaves out just as many children as it includes. Instead, the guidelines now recommend setting the milestone at the age when MOST kids (75 out of 100) have achieved the milestone and are consistently exhibiting the behavior. Children who do not meet this milestone are further away from what is typical for that age, and therefore more readily identified as having a potential developmental concern.

What informed the changes in milestone checklists?

The change in typical milestones by age was informed by normative data (Zubler et al., 2022). Experts relied on multiple sources of empirical data to determine most of the milestones; however, social-emotional, and cognitive milestones had the least amount of data to inform this decision. This gap in data means the decisions were informed by expert judgement instead.

While the checklists are useful tools for conversation so that parents and professionals can easily identify concerns as early as possible and determine need for further screening, it’s important to also remember that these checklists do not replace a standardized test. Standardized tests of early childhood development, such as the Conners Early Childhood (Conners EC, 2009), offer additional value with critical features such as a normative sample and an opportunity to get standardized ratings from multiple informants. In fact, the Conners EC recommendations were built according to the 75th percentile, long before this guideline was a formal recommendation from the CDC.

How do standardized tests provide additional value when assessing milestones?

In particular, the Conners EC provides base rate information for each milestone. This information is a benefit to examiners who are interested in comparing the child to not just the 75th percentile; behaviors and milestones can be compared for relative frequency in a nationally representative population, and the rarity of achieving or missing a milestone for a certain age becomes easy to identify. By using norm-referenced standardized tools, a child’s behaviors, emotions, and development can be compared to others like them (e.g., same age and gender), which can help inform what is typical or concerning, relative to one’s peers or expected developmental trends.

Standardized rating scales, such as the Conners EC, are especially helpful when there are multiple raters involved. Ratings from multiple perspectives can help shed light and provide a complete picture of a child’s functioning as compared to ratings from a single adult. Discrepancies in ratings between parents or teachers/childcare providers can be informative, and professionals may wish to explore the source of the differences to better understand the child’s progress toward developmental milestones.

The checklists provided by the CDC, with the update to reflect 75th percentile, are excellent tools to begin a discussion and raise awareness about milestones. Standardized, norm-referenced rating scales like the Conners EC can provide even richer information that can be used to formalize decision-making and treatment/intervention. Comprehensive evaluation, with a psychometrically strong assessment tool that can drive actionable intervention and treatment planning, is the first step in the journey to improve important outcomes for a child.

Spielmann, V. (2022). The CDC revision of developmental milestones–Here’s what you need to know. 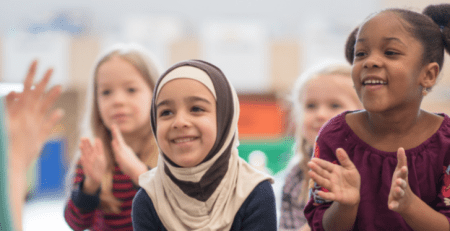 Building a model for gifted services that promotes diversity and inclusion

The interview below has been edited for length and clarity. First, I’d like to get a little bit of background... read more